Vote Green: For Our Future. 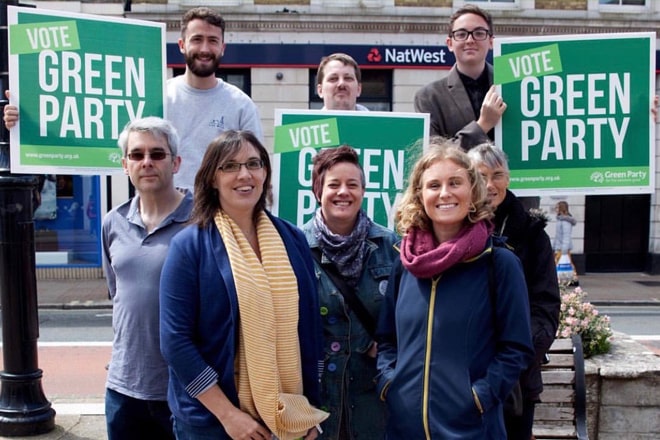 The Isle of Wight is the best place in the world. On the road to the County Council elections May 6th 2021, let's make sure it gets even better.

Other parties believe in globalisation, privatisation, and economic growth at any cost. Islanders know that the Green Party is different. The Green Party wants a better deal for the Island from national and local government.

You can join the Isle of Wight Green Party online by clicking here or join by post by filling in this form. 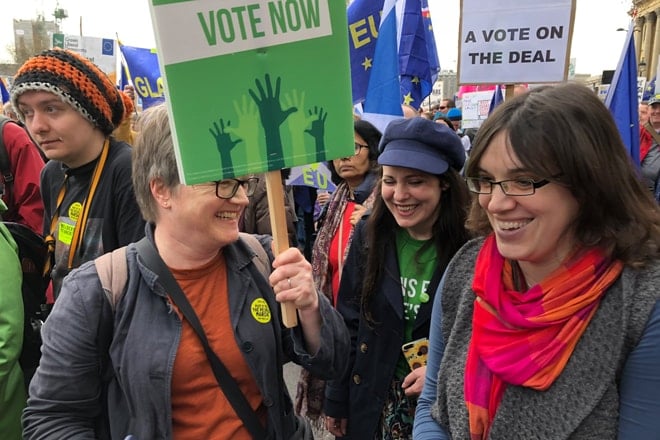 In the last six elections, since 2014, the Green Party has been consistently the second or third highest voted for of all political parties on the Isle of Wight.

In the 2015, 2017 and 2019 General Elections, our candidate Vix Lowthion has averaged 11,219 votes as the candidate for the Green Party, demonstrating widespread and lasting support from Islanders for a different style of politics.

In the European Parliament election on the 23rd May 2019, Islanders voted the Green Party into second place, beating the Liberal Democrats, Conservatives, Labour, UKIP and independents.

Vix Lowthion's 12,915 votes on the 8th June 2017 were the second highest for the Green Party nationally that year, by either total votes or vote share, bettered only by sitting Brighton MP Caroline Lucas. Vix's vote share in a six-way contest beat Liberal Democrat, UKIP and independent candidates and was up 37% from the 9,404 votes that Miss Lowthion received in the Green Party's 2015 breakthrough on the Island. That was one of the highest results for the Green Party in the whole of the UK that year, beating Labour, Liberal Democrat and independent candidates on the Island.

We also stood candidates in the majority of seats for the County Council election on the 4th May 2017. Our candidates saw an average 58% vote share increase since 2015, receiving more votes overall than Labour, the Liberal Democrats or UKIP. The Green Party also gained thirteen local councillors that year, who have been serving their communities ever since.