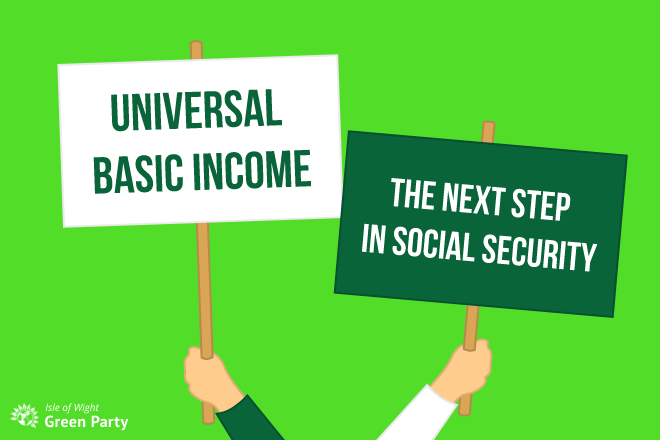 There would be real peace of mind, as well as moral benefit, if you knew everyone in the UK had the basic resources to put food on the table and keep a roof over their heads.

Over the last two months, government has created a range of rescue packages for individuals and businesses. In a society where many live hand to mouth, with 10 million households with no savings, 10% of households moderately or severely food insecure and 30% of children living in poverty, this was clearly essential. Despite our wealth as a country, we have failed to acknowledge we live in a world of high risks — financial, climate and epidemic — ensuring resilience in households and community was essential, and we failed. The packages, for the self-employed, the wage subsidies for the furloughed, the business loans, have helped many. But the list of those who have fallen through the cracks, who have descended into deeply stressful uncertainty, fear and sometimes desperation, is long.

Green MP Caroline Lucas's Early Day Motion highlights how many of the self-employed, paid by dividends, also having a part-time job, or working that way for less than three years, are getting nothing.

The government's response to the proposal of universal basic income is often just "But there's universal credit!". We are often contacted by Isle of Wight residents about Universal Credit, and we hear horror stories of what they have encountered. This is the very same system that makes the most at need in society wait six weeks to receive their first payment, with ever-tightening restrictions on claiming this money. As long as every source of money has conditions attached to it, there will always be people left with nothing, literally not a penny, no money to meet their basic needs.

That's one of the main reasons why the whole idea of a universal basic income — a Green Party policy for decades — has risen up the agenda in recent years, and support for it has soared, even from at least one Conservative MP. UBI is being proposed as one way to help us move out of lockdown and back to something resembling normal life. There are now two immediate proposals, one from the UBI Lab Network, a grassroots-based organisation, which has set out a plan for two payments of £1000 a month for each adult and £500 for each child, to be delivered as other schemes such as furlough end or are gradually unwound. The other comes from Malcolm Torry of the Citizens Income Trust and London School of Economics, for a longer-term income for each working age adult of £200 a week.

The Government has to lead the nation out of the lockdown phase of the epidemic, and ensure that further gaping holes don't open up in the hasty safety net that's been constructed in the past month. But this is also surely the time to think bigger, and broader, about creating a more resilient society, one in which everyone has genuine security every day — in which a universal basic income is not just for crisis, but for life.

That means reversing the direction of travel of recent decades. Conditionality has been tightened and tightened because of a false, deeply damaging, focus on trying to ensure no-one could "rort" the system, even though underpayment of benefits, and mistakes in a web of increasing complexity, have always vastly out-tallied the problem of fraud. But more than that, do we really want to live in a society in which anybody is at risk of being left penniless, literally destitute? There would be real peace of mind, as well as moral benefit, if you knew everyone in the UK had the basic resources to put food on the table and keep a roof over their heads.