"Rebels With The Cause: A Possible Green Future" with Isle of Wight Greens and Dr Rupert Read 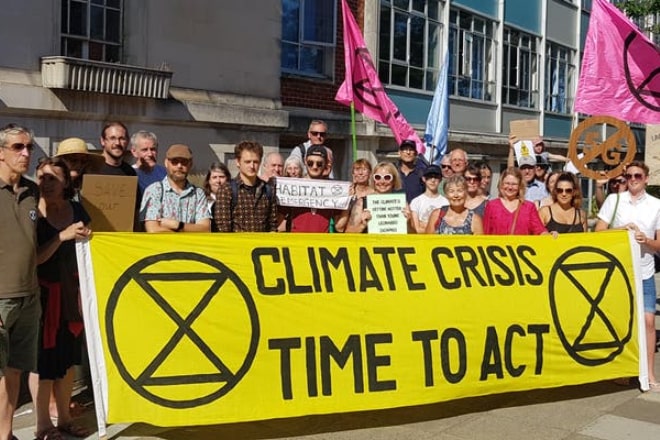 Scientists and the United Nations tell us we have only 12 Years to Save the Earth. Time is running short! So - what action can we take to ensure the planet's survival for our children and future generations?

The remarkable achievement of Extinction Rebellion in 2019 on the streets of London and beyond have demonstrated how Non Violent Direct Action can focus the attention of the media and political leaders on the impact of climate change and the environmental crisis. As the Autumn Rebellion takes place (from 7th October) and the UK government continues to be distracted by other issues, the time is right for more people to get involved.

Dr. Rupert Read is an academic and a Green Party politician in England. He is the former Chair of the Green House thinktank, a former Green Party spokesperson for transport, former East of England party co-ordinator and currently a Reader in Philosophy at the University of East Anglia and an XR spokesperson.

This is a FREE event - reserve your seat now. Doors open from 1.30pm and the lecture begins promptly at 2pm. Limited numbers will be available on the door on a first come, first served basis.