Greens back reintroduction of eagles to Island 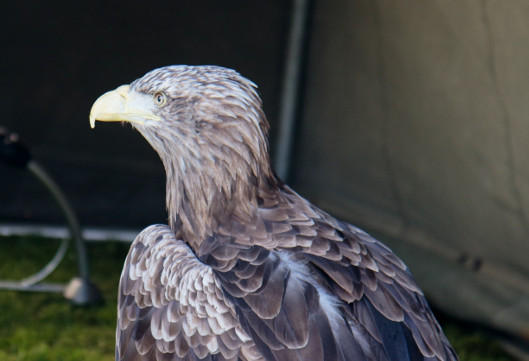 In a straw poll of over 400 Isle of Wight Green Party members and supporters, 90% voted in favour of plans to reintroduce white-tailed eagles into the wild on the Island.

Sea Eagles are relatively benign, with red squirrel specialists confirming these birds don't pose a threat, preferring to eat fish and waterfowl. There is also widespread support among tourism and natural history sectors for this project, with evidence of success in Scotland, Wales, and across Europe.

Voting took place between 2nd and 9th January 2019 with 417 votes cast in a Facebook poll. Look out for a talk on the eagle reintroduction project at a forthcoming Green Party meeting in Newport!